It’s all about passion for Azure and Automation

Last week we had the PowerShell Europe 2018 conference in Hannover. In this post I will highlight some sessions I have seen during the conference. But first of all I need to say that it’s was again great to see all PowerShell code and presentations. Again I went home with some great ideas and a lot of stuff to read and too blog about!

On 17 th of April PowerShell Europe conference in Hannover was kicked off by Tobias Weltner and Jeffry Snover.

Creating bandwidth is looking at SAAS solutions, lift and shift opportunities and investing in cloud architectures solutions (PAAS) , where AUTOMATION applies to both of them.

It’s 2018 and YOU have never been more important!

This year Jeffry started also a new hype in the PowerShell community, the sad Joey (On twitter #sadJoey) and later during the conference first Sad Joey gadgets where borne.

PowerShell core 6, is supporting the digital transformation. Lots of speakers where talking about PS6, where we need to use it and how to make the migration towards it.
Keywords for PS6:

Another HOT Topic at the PSConfEU 2018 was security with his possible security risks, tools and solutions that can be implemented and managed by PowerShell. Viewed some great sessions about security, here a few of them

Picture out of the presentation of “PowerShell Security – what to prioritize!” by David das Neves.
Sometimes customers thinking this about the PowerShell language and the use of it!

What do you think? Is it really as EVIL as you think?
Some feedback from within some organizations:

To help us to protect are environment, David das Neves and Julien Reisdorffer created within Microsoft a great list of security features that we can implement in our environment, with a really nice overview of the needed effort per security item.

In the list above you see the security items that you can implement that have a high mitigation on your environment. Some have a very low effort of implementation and low cost. So the answer is here:

DO IT, you environment will have less security violations.

Out of these three values we can now easily calculate a priority factor:

PowerShell is coming into the picture, when we would like to visualize all the dependencies, great stuff. You can read the article on https://blogs.msdn.microsoft.com/daviddasneves/2018/04/25/prioritize-all-the-security-controls/

Off course this could not be ignored: Microsoft Azure automation.
Sessions:

Aleksandar Nikolic, he was talking about Azure PowerShell automation and the tools you can use for this.

Blogs will follow about these topics! Thanks for the inspiration.

This year on the second day it was the first time, three workshops where planned with 3 hours of great stuff. We had to make a hard choose out of three great workshops:

Had a great time …

Hopefully see you again in 2019 at PowerShell Europe Conference – …

This site uses Akismet to reduce spam. Learn how your comment data is processed. 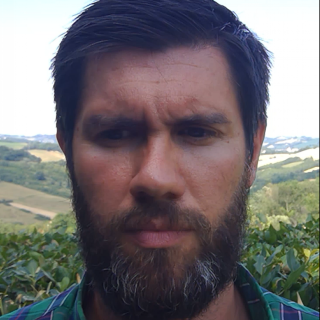